The legislative body of a village, the board of trustees is comprised of the mayor and four village trustees.  The Village of Delhi Board of Trustees consists of four (4) village residents that are elected for a two (2) year terms.  Each year two trustee seats are up for election.

NYS Village Law §4-412 sets forth the general powers of the board.  The following selection provides a broad example of the authority granted to the board:

“In addition to any other powers conferred upon villages, the board of trustees of a village shall have management of village property and finances, may take all measures and do all acts, by local law, not inconsistent with the provisions of the constitution, and not inconsistent with a general law except as authorized by the municipal home rule law, which shall be deemed expedient or desirable for the good government of the village, its management and business, the protection of its property, the safety, health, comfort, and general welfare of its inhabitants the protection of their property, the preservation of peace and good order, the suppression of vice, the benefit of trade, and the preservation and protection of public works,  The board of trustees may create or abolish by resolution offices, boards, agencies and commissions and delegate to said offices, boards, agencies and commissions so much of its powers, duties and functions as it shall deem necessary for effectuating or administering the board of trustees duties and functions.” 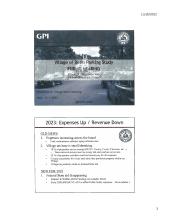 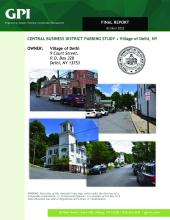 The Delaware County Chamber of Commerce urges towns and villages to not “opt-out” of the opportunity to allow cannabis-related businesses and capture much-needed tax revenue. The Chamber seeks opportunities to sustain and grow our economy. Beyond retail opportunities, cannabis sales will allow our distressed farmers to tap into this multi-billion dollar industry, through… more